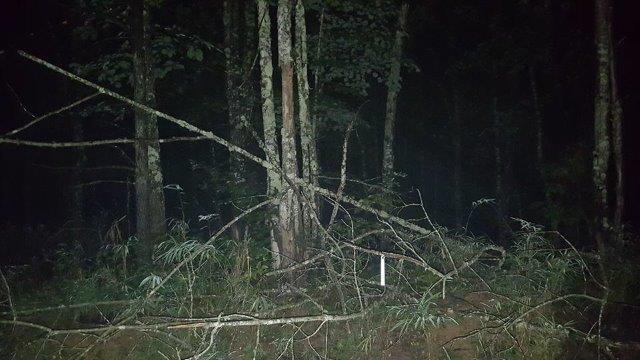 Yes, it’s true. Police in Greenville, South Carolina, issued an official public safety warning after a Bigfoot sighting was reported the night of on August 4th in McDowell County, North Carolina, about 90 miles across the border between the states. The story was quickly picked up by the media in both states and nationally. Is the warning real? Is the Bigfoot?

NBC affiliate WYFF in McDowell County reported that the Bigfoot investigation group Bigfoot 911 had a team of seven people out in the woods the night of 8/4 and at around 11 pm the light from their glow sticks showed “a large bipedal animal covered in hair” At that point, group spokesperson John Bruner says he sprang into action.

The angle of the moon was shining straight down on the road and something big stepped into view … I turned my headlamp on and I saw a large bi-pedal animal covered in hair. It took one step into the woods, (then) I took off running toward where it went into the woods.