Decades ago, when an individual claimed to work at a military facility that required top level security clearance and spoke about classified military secrets and technology, they were ridiculed. This is why, in some cases, they were allowed to speak and share sensitive information, because most of it was so unbelievable and easy to ridicule that, instead of the world of secrecy retaliating, they let these individuals speak their mind.

In the past, individuals “blowing the whistle,” regardless of whether or not their backgrounds could be verifiable, was something that didn’t happen as much as it happens today. Take for example, the hundreds of high ranking ex-military and political personnel sharing their experiences with UFOs. Today, UFOs are “official,” as the Pentagon recently released a video of an object performing maneuvers no known aircraft can. The topic is also becoming popular within academia, as a number of peer-reviewed research articles have also emerged hinting strongly to artificial surface interventions on other bodies within our solar system, like the Moon and Mars, for example.

Who is the man in the video above? It’s Bob Lazar, the one who blew the lid open on places like Area 51, a secret military base that’s been used to test advanced military air-craft, and supposedly other things. It’s existence was officially disclosed by the US government a few years ago, but it’s important to note here that there are multiple military bases located throughout the US, some even more secretive than Area 51 and some are even located beneath the ocean floor. 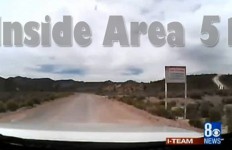 Bob Lazar, Area 51 & UFOs with Jeremy Corbell on BEYOND the DARKNESS→ 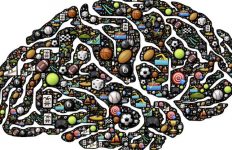 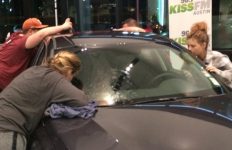 Woman Kisses Brand New Car for 50 Hours, Gets to Take It Home→ 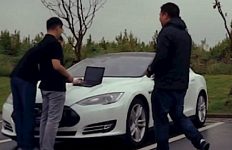