It’s been just over two years since Caltech astronomers Mike Brown and Konstantin Batygin made an explosive claim: Based on the orbital motion of objects in the Kuiper Belt—a region beyond Neptune that is home to Pluto and other icy bodies—there must be a very big something much farther out, hidden save for its subtle gravitational tugs on the rest of the solar system.

Brown and Batygin’s best models put this mysterious object at about 10 times Earth’s mass, perhaps 20 times more distant from the sun than Neptune and currently drifting through what might be a 20,000-year orbit in a patch of sky near the constellation Orion. Brown and Batygin called it “Planet Nine,” elevating it to the position once held by Pluto (which was demoted to “dwarf planet” status in 2006, when Brown discovered multiple Pluto-like worlds out past Neptune). Within months a small army of theorists and observers had thrown themselves into the search—which, so far, has come up empty. Planet Nine remains stubbornly in absentia.

Unknown planets far from the sun are not a new idea; they perennially pop up in astronomy. Such claims trace back to the 1800s, and fostered the discoveries of Neptune and Pluto. What makes Planet Nine different is how much more we now know about the outer solar system—a vast and stygian abyss in which hiding a planet is still possible, although getting harder all the time. Out there twirl frozen bits of flotsam left over from our solar system’s earliest moments. A big planet’s gravity can act like a thumb on a scale, subtly but substantially tweaking the movements of these so-called trans-Neptunian objects (TNOs). As astronomers use new telescopes and other instruments to rapidly map this last frontier of the solar system, they keep finding what seems to be a Planet Nine–shaped hole in it. 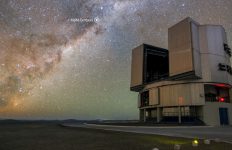 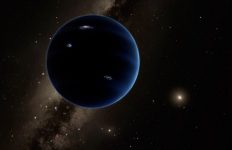 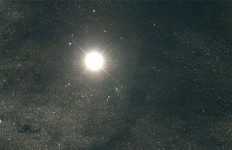