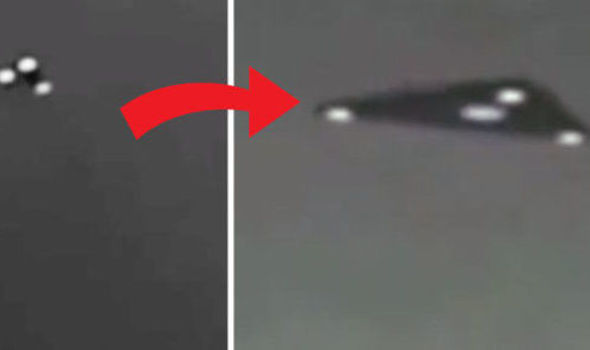 A STRANGE triangular UFO filmed on a dashcam is being hailed as potential proof of the US government being involved in top-secret so-called black projects to create new spy craft. Conspiracy theorists claim the seemingly three-pointed object in the night sky could be a TR-3B – an alleged top-secret US craft that was built using “reverse-engineered” alien UFO technology and can fly into space.

In the clip, the bizarre object can be seen soaring through the sky at pace. Moving from left to right, the UFO appears to be flying backwards. As the video zooms in on the phenomenon, it seems to reveal a triangular-shaped craft, with three lights on each point.

The description reads: “On the 26 of January this amazing video was shot from a dashboard camera. The footage captured a TR-3B UFO in mid-air and it might be the best evidence ever of the TR-3B UFO ever.”