The nearest exoplanet to Earth may get hit hard by damaging ultraviolet radiation, making it tough for life to survive there, a new study suggests.

That planet, the roughly Earth-mass Proxima b, circles the small, dim star Proxima Centauri, which lies just 4.2 light-years from Earth. And Proxima b orbits in its host’s star “habitable zone” — the just-right range of distances where liquid water could theoretically exist on a world’s surface.

But there’s a lot more to habitability than just being in the habitable zone, as the new study indicates. In it, a team of researchers analyzing observations by the Evryscope, an array of small telescopes at the Cerro Tololo Inter-American Observatory in the Chilean Andes, report that Proxima Centauri fired off a powerful “superflare” whose light made it to Earth’s neighborhood in March 2016.

The outburst was 10 times more energetic than any previously observed Proxima Centauri flare, and it briefly boosted the star’s brightness by a factor of 68, study team members said. In the flare’s immediate aftermath, observers under dark skies would have been able to see the star with the naked eye, which is pretty much unheard of for “red dwarfs” such as Proxima Centauri. 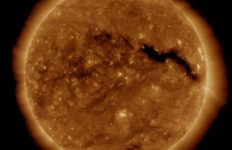 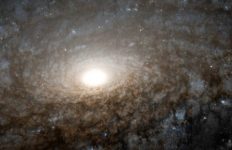 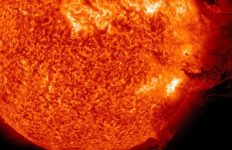 Solar storm could strike Earth this week: What you need to know→ 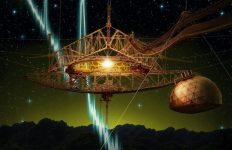 The Drake Equation Is Broken; Here’s How To Fix It→