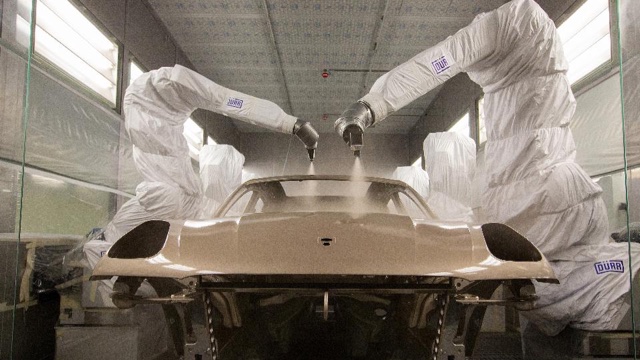 For workers, it’s intimidating to hear of industrial digitization plans that envision handing over anywhere from 60 to 80 percent of processes to robots and other programmable machines in the not too distant future. But while there are certainly highly repetitive jobs bots would perform more efficiently and economically, automating alone is not always the best path to higher productivity.

Smart organizations learn quickly enough that if they place efficiency above a smooth organizational transformation, they may find their automation efforts fail to improve their companies’ performance. The real key to developing a competitive edge in an age of evermore automation is striking the right balance between people and robots, and evidence abounds that it’s not necessarily the most automated factories or service organizations that rise to the top.

The automotive industry, among the first to embrace robots in the manufacturing process, provides a working example of why companies cannot simply replace employees or fail to retain and retrain. Stark productivity differences exist between the industry leaders and laggards, in large part based on the efficacy of their automation efforts. One result: Some automakers require as much as six months to transition to producing a new vehicle, while others need no more than a day.

At the root of the discrepancy is an appreciation of which jobs robots do more efficiently and which require a human touch. Leading car companies have almost completely automated their paint and body shops. These are jobs that require constant repetition and consistent quality and often present safety and ergonomic challenges. Although lead-based paints aren’t used anymore, working in these areas still could expose workers to a bevy of unhealthy chemicals, making these the quintessential kinds of jobs robots have been designed to handle.

On the other hand, assembly lines — which must deal with the multitude of options on new models from side airbags to built-in vacuum cleaners — continue to heavily rely on a human workforce. To handle today’s highly customized vehicles, with as many as 55,000 parts for the variety of electronics and other bells and whistles offered on autos, requires the flexibility of human workers who can adjust to changing needs and innovations without extensive reprogramming.