The new Art Bell nightly radio program, “Midnight in the Desert,” carried by the Dark Matter Digital Network, was launched in July as a free online entity for the legendary host’s legions of fans around the world.  Since then, Bell has received requests from broadcast stations to affiliate with the show.  Bell has agreed to make it available to radio and added a stereo satellite feed todeliver the nightly content to stations across North America.  The program is now an internet/on-air hybrid carried by more than 35 outlets in the US and Canada with more signing up each day.

Art Bell is Michael Harrison’s guest on this week’s installment of the PodcastOne hit series, “Up Close and Far Out with Michael Harrison,” posted this morning (10/13).  In a fascinating, uninterrupted 36-minute chat, the two discuss Bell’s historic departure from Premiere Networks’ “Coast to Coast AM,” his long retirement, his recent brief stint with SiriusXM Satellite Radio, and his re-surfacing this past summer with an exciting new program and business model.  The two also touch upon quantum physics, entanglement and computing as well as the general state of the radio industry and the future of human consciousness.  This podcast is a must-listen for radio industry professionals as well as “media freaks” around the world. 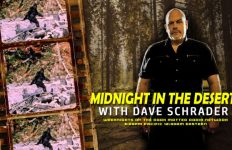 Dave Schrader on the GabCast [Audio]→ 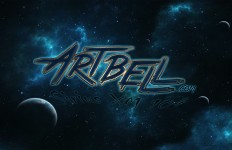