Researchers have decoded the genomes of mammoths and a 700,000-year-old horse using DNA fragments extracted from fossils in the past few years. DNA clearly persists far longer than the bodies for which it carries the genetic codes.

Computer scientists and engineers have long dreamed of harnessing DNA’s tininess and resilience for storing digital data. The idea is to encode all those 0s and 1s into the molecules A, C, G, and T that form the twisted, ladder-shaped DNA polymer—and this decade’s advances in DNA synthesis and sequencing have bought the technology forward by leaps and bounds. Recent experiments indicate that we might one day be able to encode all the world’s digital information into a few liters of DNA—and read it back after thousands of years.

Now interest from Microsoft and other tech companies is energizing the field. Microsoft Research announced last month that it would pay synthetic biology start-up Twist Bioscience an undisclosed amount to make 10 million DNA strands designed by Microsoft’s computer scientists to store data. Top memory manufacturer Micron Technology is also funding DNA digital storage research to determine whether a nucleic acid–based system can expand the limits of electronic memory. This influx of money and interest could lead to research and progress that eventually drive down today’s prohibitively high costs and make DNA data storage possible within the decade, researchers say. 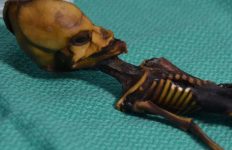 It’s not an alien, but here’s what that tiny, pointy-headed skeleton really is→ 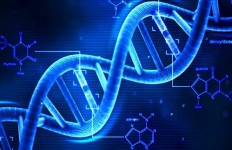 No, Scott Kelly’s Year in Space Didn’t Mutate His DNA→ 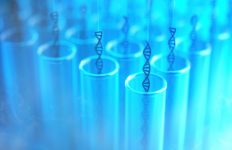