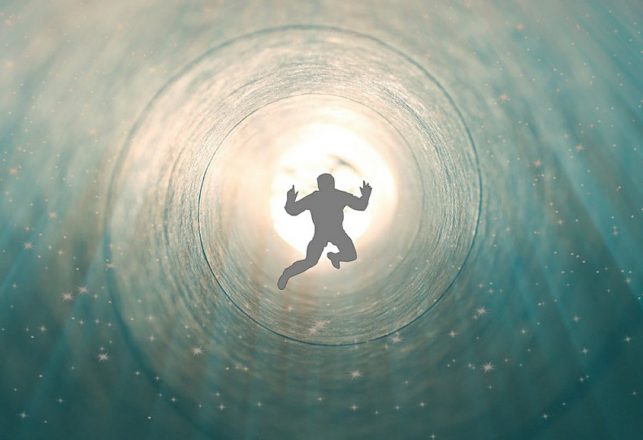 He claimed to have died and came back to tell his story of going to heaven. Then he revealed, after his book sold a million copies, that it was all a lie. Now he’s not going to heaven or hell … he’s going to court. What was once an inspirational tale of a near-death experience has become the story of the boy who didn’t die, the book that did and the lawsuit that may go on for eternity. Is this the real hell?

This is the latest chapter in the story of Alex Malarkey. On November 14, 2004, 6-year-old Alex was riding in a car with his father near Rushsylvania, Ohio, when the vehicle was hit by another on a turn with a blind hill. Medial records show that Alex survived, but was in a coma for two months and suffered a severe spinal injury, neck injuries and brain trauma that, when he finally awoke, left him a quadriplegic.

Fortunately, if that term can be used in such a traumatic situation, Alex, at age 10, became the youngest person to receive a device tested by the late “Superman” actor Christopher Reeve – an implantable device that forces breathing by electrically stimulating the muscles and nerves that run through the body’s diaphragm. With it, Alex could breath for at least parts of the day without being attached to a ventilator.

Anyone familiar with Alex’s story probably learned the rest of it from “The Boy Who Came Back From Heaven.” Written by Alex and his father, it was published in 2010 and detailed his near-death experience where he claimed to, among other things, leave his body and float above the accident; see his fahter’s body fly out of the car and be caught by an angel; be taken to heaven by a tall angel to meet Jesus at a “hole in heaven”; and much more. The book sold over 1 million copies, spent months on bestseller lists and caused Alex to become a spiritual hero to many people and inspire others who had NDEs to bravely come forward with their own stories.

Anyone familiar with Alex’s story knows what happened next. Alex’s mother began hinting that the book had been embellished by the publisher – not really a surprise these days. On January 13, 2015, Alex himself admitted in a letter that the entire story was a fabrication.

“I did not die. I did not go to Heaven. I said I went to heaven because I thought it would get me attention.”