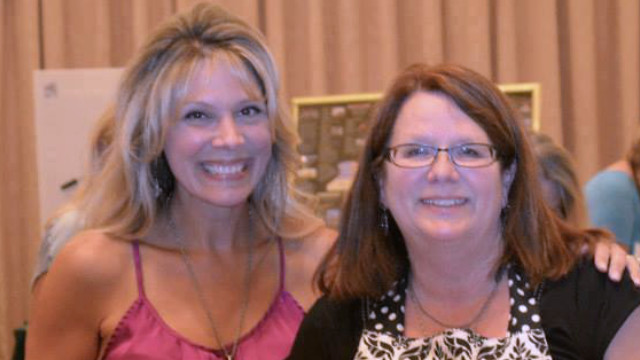 Stories about real hauntings that revolve around a theme of love. You maybe surprised to learn it’s not always flowers and romance. Theresa and Cathi will cover the seedier side of this powerful emotion including jealousy, obsession, and even murder!

BIOs:
Theresa Argie, aka the original “Haunted Housewife” is a well respected figure in the field of the paranormal. She’s been researching and investigating ghostly mysteries and occult topics for years. A published author and public speaker, Theresa has been featured on numerous national television outlets including NBC, Travel Channel, BIO, E Entertainment, and CNN Headline News. She teamed up with “The Ghost Lady” Cathi Weber to form The Haunted Housewives. Wives, mother, and ghost hunters – the Haunted Housewives are not your average soccer moms.

Cathi Weber, known as “The Ghost Lady”, is a wife, a mother and a grandmother. She is an experienced educator and lecturer, offering popular workshops and presentations of a haunted nature that have been enjoyed by thousands through local libraries, fraternal organizations, colleges, historical sites and community education programs. She has led various classes for adults and children geared towards the paranormal.

She is the co-founder, along with the original Haunted Housewife, Theresa Argie, of the Haunted Housewives – a group of two creative and talented paranormal researchers, lecturers and authors from the east suburbs of Cleveland, Ohio.