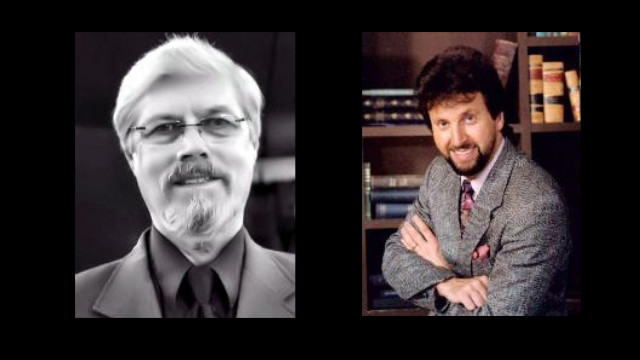 Be prepared… the real Area 51 – “Wright-Patterson’s vault” – is about to be opened. Tonight Tom and Don will be discussing the true nature of what actually crashed in Roswell and what the connection is to the Wright Patterson Air Force Base which is shrouded in an even greater mystery.

Tom Carey has a BS degree in Business Administration from Temple University, a Masters Degree in Anthropology from California State University, Sacramento, and he also received a fellowship to pursue a Ph.D. in anthropology at the University of Toronto. Tom became interested in UFOs while in high school and rekindled that interest in 1986 when he became the MUFON State Section Director for Southeastern Pennsylvania.

Since 1991, Tom’s research has focused solely on the so-called “Roswell Incident” that occurred near the town of Roswell, New Mexico in July, 1947. Tom also became a Special Investigator for CUFOS [the J. Allen Hynek Center for UFO Studies] in 1992 and served on its Board of Directors from 1997 through 2001. Tom has appeared as a guest on a number of radio and television shows concerning the Roswell Incident as well as appearing in several filmed documentaries.

Donald R. Schmitt is a former co-director of the J. Allen Hynek Center for UFO Studies in Chicago where he served as Director of Special Investigations for ten years. A six-time best-selling author, his first book, UFO Crash at Roswell, co-authored with Dr. Kevin D. Randle was made into the Golden Globe nominated best made for TV movie “Roswell.” Schmitt is also a co-founder of the International UFO Museum and Research Center in Roswell which has the largest UFO library and research center in the world. Presently, he is an associate producer and writer for the upcoming feature film “701.”