Brendan Cook is one of the founding members and key spokespeople of the G.I.S. He has been on the forefront in EVP research, ghost photography and the use of modern technological devices to capture what goes on in the spirit world for nearly 20 years. He has done this by being on a number of TV shows, documentaries and lectures.

His knowledge and at times skepticism, has also been important by giving real people comfort or the advice they need to delve deeper into what is going on at their homes or businesses. But most of all, he has done this by, being a sought after guest with his radio partner Barbara McBeath, for over 14 years. His perseverance to challenge what we know about the spirit world and people’s mind set has made him a pioneer in ghost investigating.

People have changed their perception and what is real of ghosts from the G.I.S. core beliefs… they are just people. His research with Barbara and The G.I.S. has brought forth new concepts and ideas of what could be possible. Barbara and Brendan have been working together to bring this research to the public for 17 years.

Barbara’s roots are in Louisiana and her grandparents practiced spiritualism there before relocating to Utah with other members of her family in the 1940’s. Barbara and her grandma were very close and her grandma shared many of her theories, beliefs and experiences with Barbara when Barbara was growing up. Her grandma had a great influence on Barbara’s outlook of life, death and the here-after; she taught Barbara never to fear what you don’t understand but try to find answers, and that all of us are stronger than anything we face when dealing with the unknown. Having ghostly activity in the house was a natural occurrence in the house while growing up and Barbara believed everyone’s house had activity just like hers.

Barbara has independently researched and studied the spirit & ghost phenomena for over 50 years. She has conducted lectures and presentations and has conducted ghost tours at locations where the ghost phenomenon has been experienced by many different people over many, many years. She has also been a co-spokesperson on behalf of the Ghost Investigators Society in a USU documentary, on television and radio.

She is leery of anyone who claims to be a so-called expert in any aspect on the subject of ghosts and hauntings. She believes that there are too many unknowns about it for anyone to claim such a title.

She believes that a ghost is the essence, or conscious soul of a person who has lived on this earth. A ghost had a physical body but the consciousness continues after death. She believes that whatever kind of personality we have while we are physically alive continues, and is still retained after physical death, or at least fragments of it. The EVP’s that have been recorded has every range of emotion and personality which clearly comes through those recorded, strange sounding voices. 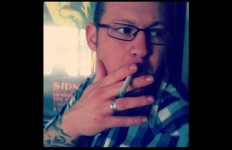