This is a ghost picture of the children in the infamous Torreon Cabin Murders, that occurred in the forest above Torreon New Mexico.

The Cabin murders occurred in a place called sherwood forest in 1996, the 18th street gang was hiding out in sherwood forest, when some of the gang showed up to party with the family that was hiding out, they murdered the mom and dad and left the two children that were 3 and 4 years old, alone to die, with their dead parents still locked in the cabin.

The Cabin is now gone. A friend spent the night in sherwood forest the night the triego fire went through, He stayed to defend his house all fire fighters had left And the area evacuated. Trapped by the fire with no way out in a night of hell directly out Dante’s inferno. The screams of the children could once again be heard, As a second death had finally occurred for the abandoned children of sherwood forest. May they finally rest in peace.

The photo is of three angels of the children praying over the bed in which they died. The Cabin is now gone. The cold abandon can still be felt in sherwood forest but the laughter and screams of the children are gone. You can research the torreon cabin murders on the net. But these are the only photos ever seen or released since the murders. 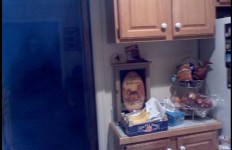 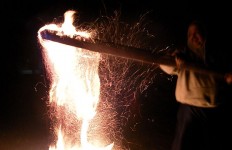 Ghost of the Past→ 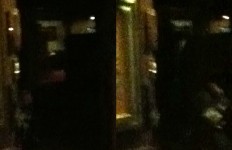 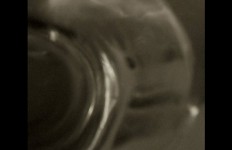 Face In The Bowl→