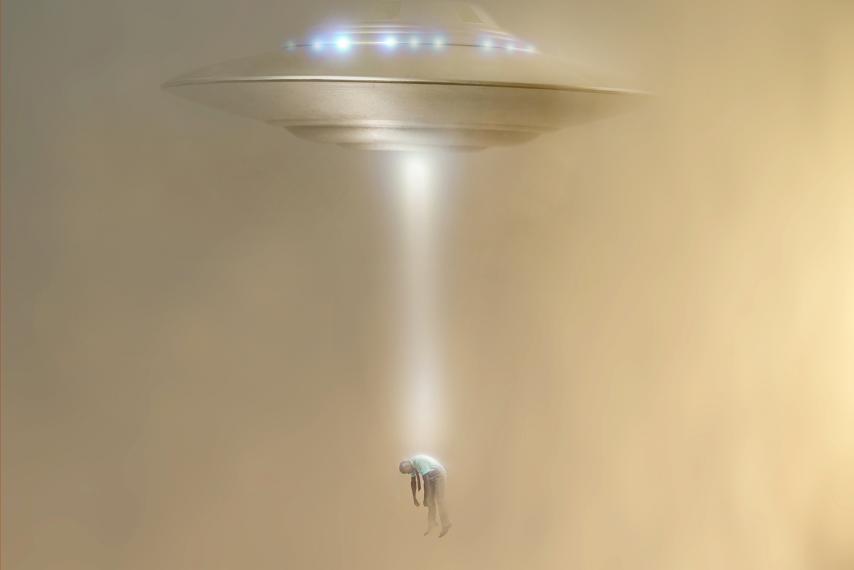 People often mistake Kate Dorsch for someone who studies aliens. But Dorsch actually studies something else. A doctoral candidate at the University of Pennsylvania, she’s been researching UFO reports collected by the U.S. government.

The Air Force began compiling these accounts during the early stages of the Cold War as part of a program called Project Blue Book. In 1966, it hired the University of Colorado to further investigate stories of alien “encounters” by ordinary Americans. Project Blue Book ended three years later, and the American Philosophical Society eventually archived part of the project in Philadelphia.

Three years ago, Dorsch, a historian, dug through the archives. She found bags of dirt from where flying saucers purportedly landed and even a piece of foil that someone said fell off a UFO. In the process, she discovered another story—one about the struggle between the UFO “witnesses” and the scientists who didn’t believe them—a struggle that speaks to more recent debates over climate change and fake news.

In the archived accounts, Dorsch says, earnest believers in UFOs had trouble explaining what they saw—mysterious objects, bright lights and odd shapes in the sky. But the scientists involved in the project considered them crackpots and doggedly tried to negate the idea of flying saucers. Dorsch says she was struck by “how hard people work to…dissuade the gullible American public from believing in this.”

But inside those responses, Dorsch also saw scientists trying to figure out how to communicate to laypeople. In the documents, for example, academics offered UFO witnesses better ways to tell their stories: Can you use this chart to tell us how bright the light was? What coin best describes the size of the object?

Meanwhile, the observers urged the scientists to take them seriously. “I saw this thing. I’m a trustworthy person. I’m not a drunk,” Dorsch says many of these narratives indicate about the witnesses. “I’m educated. I’m an amateur astronomer.”