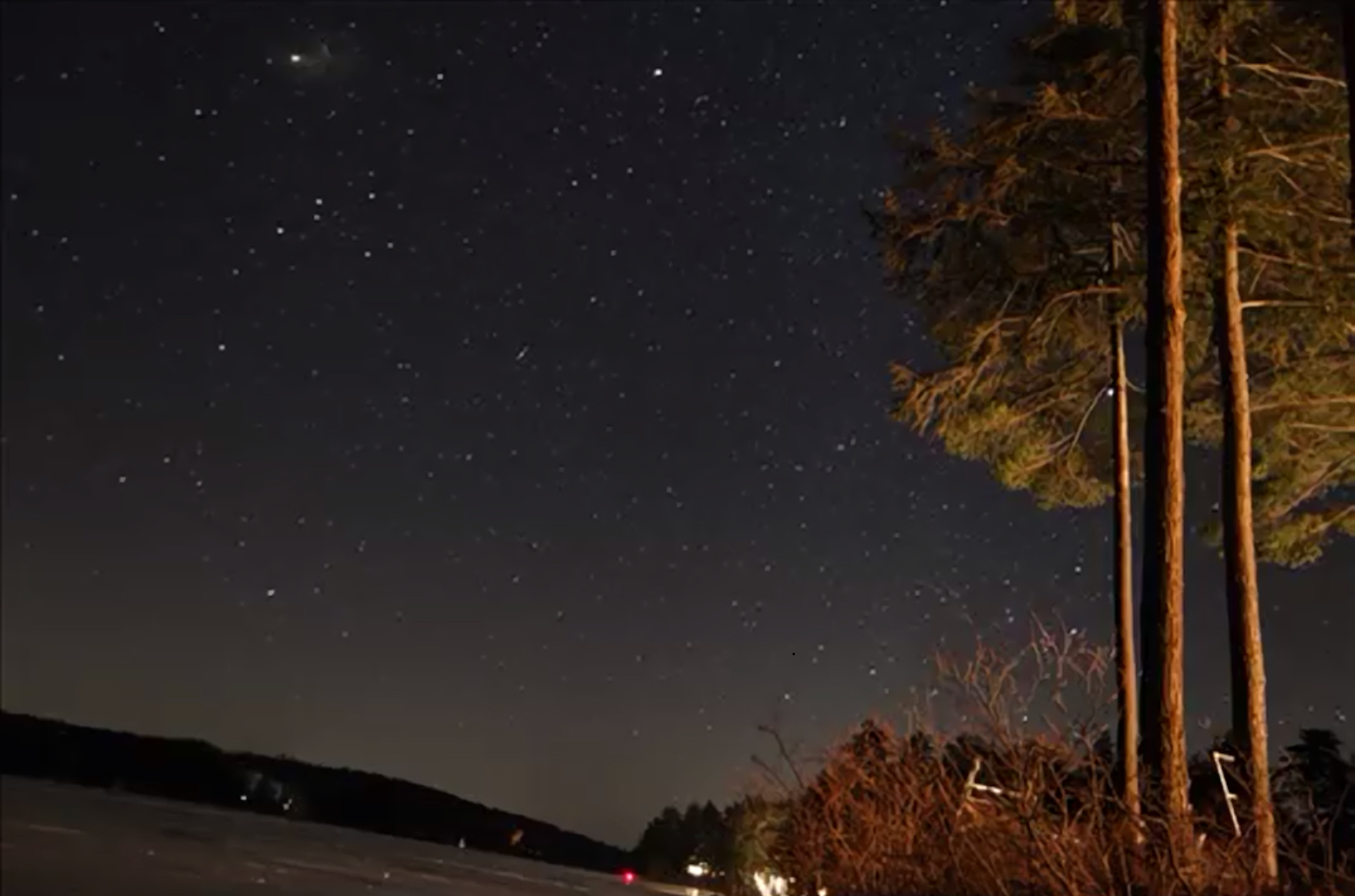 My good friend was shooting timelapse at his house in Lake Winnipesaukee and he captured a very clear UFO leaving trails as it moves in the same small area for around 14 minutes, hovering. The time lapse was set to take a single frame in intervals of 30 seconds, shot over apx 2hours and 30 min. When played back at 15 FPS the running time is around 10 seconds. If the UFO is in 28 frames and a frame was taken every 30 seconds, then it hovered there for around 14 minutes in “Real Time”.

It was shot on a 21 Mega Pixel Canon 5D, at an ISO of 1600, meaning VERY light sensitive. Meaning if it were a nearby light from a phone or flashlight, it would not appear as a small circle of light, it would “blow out” the frame, in other words turn it white.

Also compare it to planes which can be seen in portions of the sequence. Completely dissimilar to a plane.

When I asked him about it being perhaps a reflection of his phone light as he stood out there with the camera rig, he said he was never out there for more that a few seconds to check on his gear, then he would run back in because it was freezing outside (New Hampshire), and he would never be able to stay out there for the 14 minute interval of exposure.

So to me that rules out light flare or light  “Contamination” and it rules out someone nearby shining light into the lens.

I also consider this guy a friend and have known him for over 10 years. He showed it to me because he knows I like this kind of stuff, and I asked him to put it up so I could send it to you!

He said if there was interest he would upload the High Res version.

You have the “Exclusive” Heather Wade!