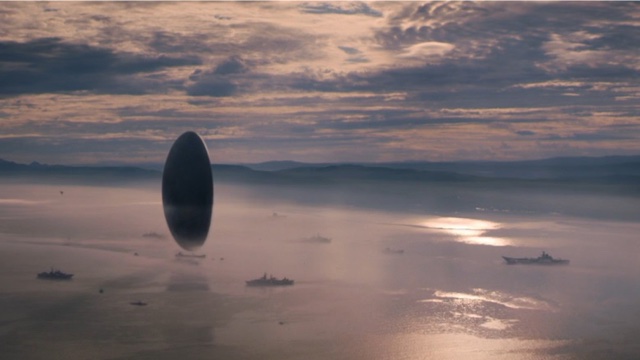 The prospect of aliens visiting Earth has been percolating through human thought for decades, thanks to countless sci-fi books and movies, such as the newly released film “Arrival.” But it’s still not clear how we would deal with the real thing.

Astronomers have drawn up a series of recommended actions to be taken after the detection of a signal from a faraway alien civilization, but it seems that no such effort has been made with regard to E.T.’s arrival here, said veteran alien hunter Seth Shostak.

“I don’t know of any protocol if they land,” said Shostak, a senior astronomer at the SETI (Search for Extraterrestrial Intelligence) Institute in Mountain View, California.

“I’ve never heard of any such thing, and I’d be surprised if there was one,” Shostak told Space.com. “But who knows what’s in the bowels of the Pentagon?”

The U.S. military devises an incredible array of contingency plans — the Pentagon mapped out an invasion of Canada in the 1920s and ’30s, after all, as part of a hypothetical war with the United Kingdom — so it is indeed possible that some kind of alien-fighting blueprint is locked away in a filing cabinet in Washington, D.C.

However, if the new arrivals turn out to be hostile or predatory, even the most ingenious battle plan would almost certainly fail, Shostak said. Any extraterrestrial civilization capable of journeying from its own star system to Earth would be far more technologically advanced than humanity is, he noted.

“It would be like taking on the Roman legions with the U.S. Air Force,” Shostak said.

Some thinkers have speculated that the nations of the world would come together to fight off this existential threat to human civilization, but Shostak isn’t so sure.

“I just don’t see it. Nothing else has ever prompted that kind of a reaction,” he said. “Nuclear weaponry is an existential threat, too, and I haven’t noticed a lot of worldwide thinking that, ‘We’ve all got to get together and stop this.'”

International cooperation might be even more difficult in the event of a SETI detection, or the arrival of friendly aliens on Earth.

“There’s immediately going to be competition — ‘Well, these guys are in touch with the aliens. We’ve got to get in there. Who knows what sort of good stuff the aliens might be telling them?'” Shostak said.