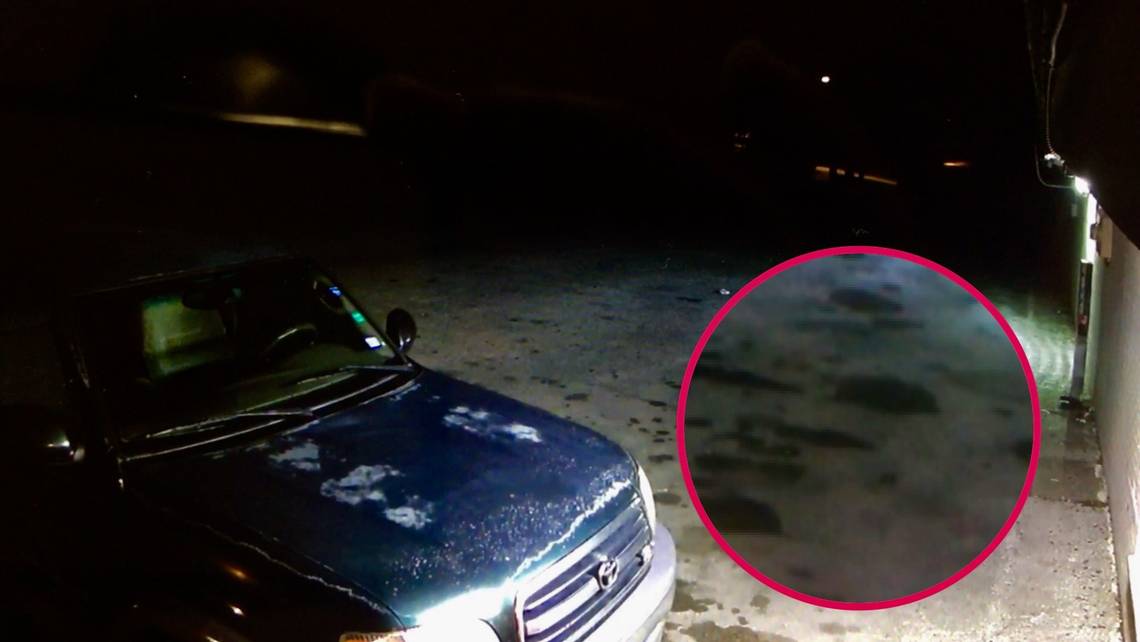 A store manager at Skip’s Grocery Store located at 2900 Skyline Drive in the Sansom Park area believes he might have caught the image of a ghost on the store’s surveillance video camera on Monday (Nov. 13) night.

See that black cloud-like image at the right of the screen? Take another look. Ahmad Hammad, a store manager at Skip’s Grocery Store in Sansom Park, which is northwest of Fort Worth said he believes that was a ghost traveling across the hood of his truck.

Hammad said that at exactly 7:37 p.m. on Monday night he was working in the store alone when the lights above him flickered.

“It’s was just like a bad light,” Hammad said. “But it’s my habit to always look to the cameras every five to 10 minutes.”

He said when he glanced at the camera at that exact moment, he saw the dark images pass over the hood of his truck.

“It’s a live view and I saw something pass over the top of my truck and go inside the wall like a black cloud,” Hammad said.

Next, he checked all of the store cameras facing the parking lot. He didn’t see anyone or any objects outside.

“I went outside and it was really quiet,” said Hammad. “We don’t know what it is, actually.”

This was the first time Hammad has had cameras catch a glimpse of something seemingly paranormal. His brother decided to post the video on YouTube on Tuesday for any doubters of his story.

But, about a year ago Hammad dealt with similar issues when motion sensors on the stores’ alarm were triggered three times in one night by something unknown.