Virgin Galactic’s new SpaceShipTwo flew at supersonic speed over California’s Mojave Desert on Thursday, marking the first powered flight for the company since the fatal 2014 crash of its original rocketship.

VSS Unity’s flight was a “big step forward,” the company said. The craft is reportedly named for Stephen Hawking, the renowned physicist who died March 14 after dedicating his life to studying the cosmos.

Eventually, Virgin Galactic plans to carry tourists on suborbital hops into the lower reaches of space, where they can see Earth far below and the stars beyond.

Virgin Galactica’s goal of space tours has a price tag of $250,000, but the company has not officially disclosed a timeline for its first customer flights, the Los Angeles Times reported.

Virgin Galactic said Thursday’s milestone marked the start of the final portion of Unity’s flight test program, which began after a 2014 test-flight crash of its predecessor, VSS Enterprise, which killed one of its two pilots and set back the project.

The company noted that Unity has safety mechanisms that were developed after the accident. 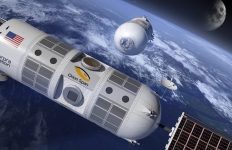 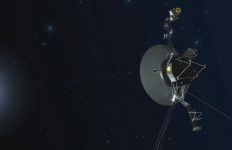 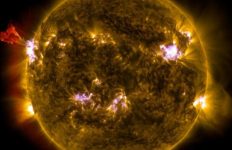 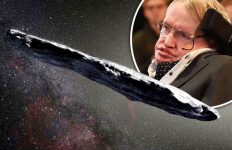 Stephen Hawking confirms this 200,000mph cigar-object in space may be alien spacecraft→