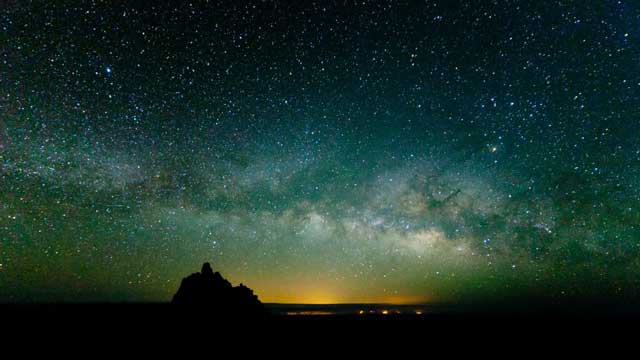 Nicolaus Copernicus is famous for having suggested that the Earth moves around the sun, rather than the other way around. That’s a big deal, as it displaces the Earth from its presumed position at the center of the universe. But it’s easy for us to forget something equally amazing: the idea that the Earth can actually move at all. If anything seems like a solid foundation, it’s the Earth itself. But in our post-Copernican world, we know better.

Albert Einstein, with his general theory of relativity, took this conceptual revolution one step forward. Not only is the Earth not a fixed fulcrum around which the rest of the universe revolves, space and time themselves are not fixed and unchanging. In Einstein’s universe, space and time are absorbed into a single, four-dimensional “spacetime,” and spacetime is not solid. It twists and turns and bends in response to the motion of matter and energy. We perceive that stretching and distortion of the fabric of spacetime as the force of gravity.

The idea that space and time themselves are not immutable, but are dynamical quantities that can evolve through the history of the universe, is one of Einstein’s most dramatic legacies. It was so profound that Einstein himself had trouble accepting all the implications of the idea. When he investigated the universe as a whole in general relativity, he found that it should be expanding or contracting, not staying at a fixed size. That went contrary to his intuition, as well as to what astronomers of the time actually thought the universe was doing. When Edwin Hubble discovered the expansion of the universe in the 1920’s, Einstein realized that he had missed the opportunity to make one of the great predictions in the history of science.