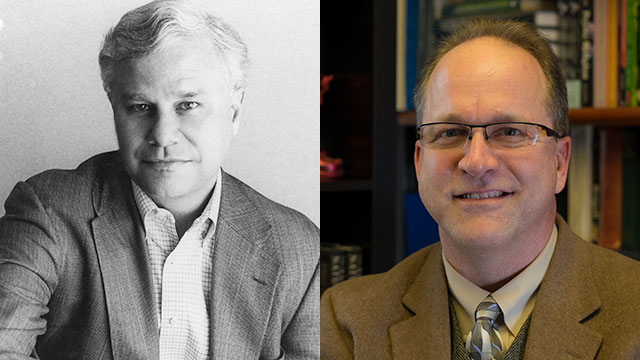 Whitley Strieber is the author of the Communion series of books and many novels ranging from the Wolfen and the Hunger to the Grays and his exciting new Alien Hunter series. Super Natural: a New Vision of the Unexplained is Whitley’s latest book. Written with Professor Jeffrey Kripal, it redefines the meaning of the close encounter and UFO phenomena. He will publish Alien Hunter 3: the White House in the April of 2016. The SyFy series Hunters, based on Alien Hunter, also starts in April.

Jeffrey J. Kripal holds the J. Newton Rayzor Chair in Philosophy and Religious Thought at Rice University, where he chaired the Department of Religion for eight years and helped create the GEM Program, a doctoral concentration in the study of Gnosticism, Esotericism, and Mysticism that is the largest program of its kind in the world. He is the Associate Director of the Center for Theory and Research at the Esalen Institute in Big Sur, California, where he also serves as Chair of the Board. Jeff is the editor-in-chief of the Macmillan Handbook Series on the Study of Religion and the author of numerous books, including, most recently, The Super Natural: A New Vision of the Unexplained, with Whitley Strieber, and Comparing Religions: Coming to Terms, with Ata Anzali, Andrea Jain and Erin Prophet (Wiley-Blackwell, 2014). He is presently working on a three-volume study of paranormal currents in the history of science and American metaphysical literature. His full body of work can be seen at http://kripal.rice.edu