Space travel is back on the United States’ radar in a big way, with the Trump Administration declaring in October 2017 that it wants the U.S. to be a leader in the space industry. This includes going to the Moon and being the first country to send astronauts to Mars.

Speaking to CNBC’s Squawk Box about the country’s future commercial space projects, Commerce Secretary Wilbur Ross said our future successes largely depend on what we accomplish by going to the Moon, such as turning it into a refueling station by establishing a lunar colony.

“I think a lot depends upon how successful we are in turning the Moon into a kind of gas station for outer space,” Ross told CNBC. “The plan is to break down the ice [found on the Moon] into hydrogen and oxygen, [and] use those as the fuel propellant.”

Ross foresees a scenario in which rockets are launched from Earth with the intent of going to the Moon first, rather than traveling directly to, say, Mars or deep space. Once at the Moon, the rocket would refuel and take off once again for another planet or asteroid. This subsequent launch would require less thrust since the Moon’s gravitational force is much lower than the Earth’s. 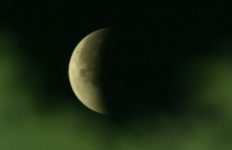 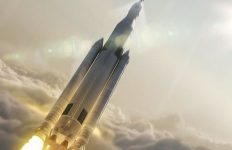 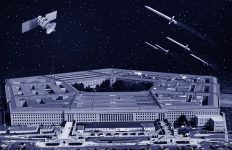 Space war is coming — and the U.S. is not ready→