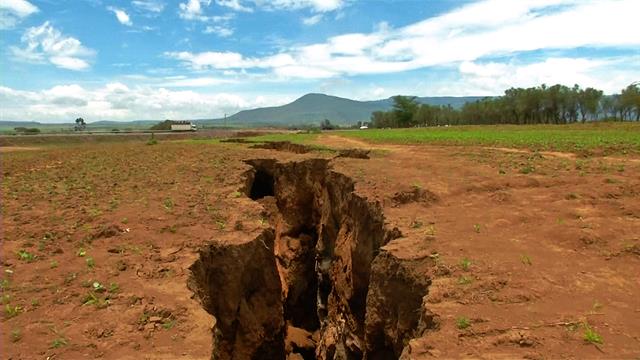 Mai Mahiu-Narok road, in a region just west of Nairobi, Kenya, used to be fully intact.

Then, after a period of heavy rainfall late last month, a massive crack was exposed. According to the local news outlet, Daily Nation, it measures 50 feet deep and 65 feet wide in some spots.

Geologist David Adede, who spoke with the paper, said the crack was likely filled previously with volcanic ash from nearby Mt. Longonot. This means the space was only exposed when rainwater washed the ash away.

Reuters reports that the opening formed rapidly. One resident named Eliud Njoroge Mbugua saw the crack run through his home. He was only narrowly able to collect some of his belongings before his house collapsed.

So what caused the break in the first place?