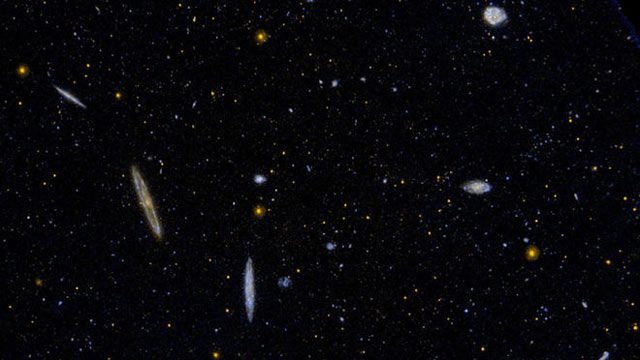 Paul Sutter is an astrophysicist at The Ohio State University and the chief scientist at COSI Science Center. Sutter is also host of the podcasts Ask a Spaceman and RealSpace, and the YouTube series COSI Science Now.

Somewhere, in the deepest reaches of the cosmos, far from the safe confines of our home galaxy, the Milky Way, lies a monster. Slowly, inevitably, it is pulling. Over the course of billions of years, it draws us and everything near us closer to it. The only force that acts over such immense distance scales and through cosmic periods of time is gravity, so whatever it is, it’s massive and unrelenting.

We call it the Great Attractor, and until recently, its true nature has been a complete mystery. Note that it’s still a mystery, just not a complete one.

The Great Attractor was first discovered in the 1970s when astronomers made detailed maps of the Cosmic Microwave Background (the light left over from the early universe), and noticed that it was slightly (and “slightly” here means less than one one-hundredth of a degree Fahrenheit) warmer on one side of the Milky Way than the other — implying that the galaxy was moving through space at the brisk clip of about 370 miles per second (600 km/s).

Even though astronomers could measure the rapid velocity, they couldn’t explain its origin.