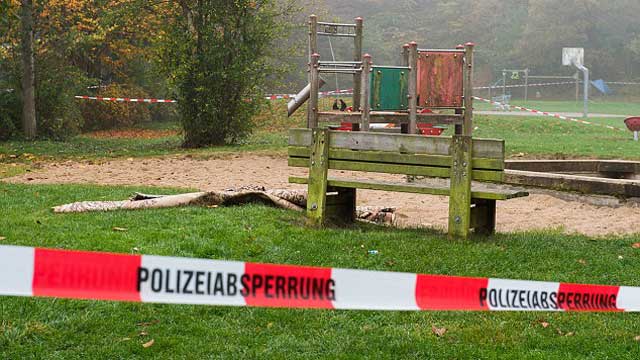 A woman is fighting for her life in a German hospital after appearing to spontaneously combust while sitting on a park bench.

Flames sprouted from her as a horrified passerby rushed to her and used his jacket to beat out the fire. But she was severely burned over most of her body.

The incident occurred in Flensburg, in the north of Germany, on Monday evening. The victim is in her 40’s and comes from Mauritius.

After being rushed to the local hospital she was later flown by air ambulance to a specialist burns unit in Lubeck where she remains in a critical condition.

‘The victim has lived in Flensburg for a long time and has family here,’ said the local prosecutor Ulrike Stahlmann-Liebelt who is probing the bizarre blaze.

Eye witnesses told local media that the woman didn’t make a sound as the flames engulfed her.

Spontaneous human combustion (SHC) is the term used when a human body goes up in flames without an apparent external source of ignition.