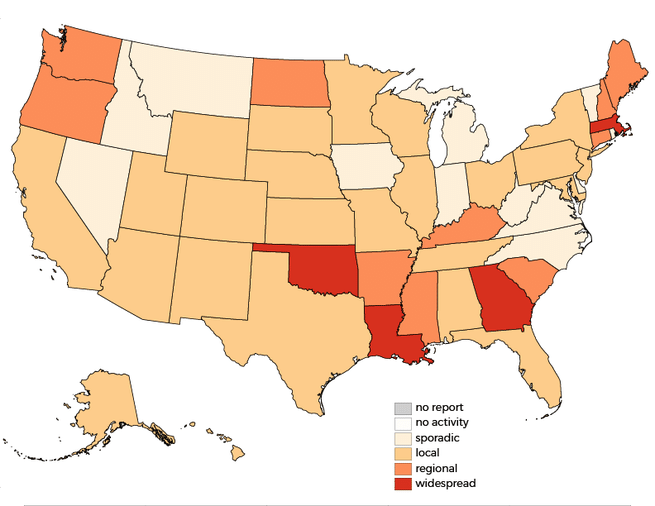 It’s officially that time of year.

When it comes to flu season, the only thing we can be absolutely certain of is this: it will happen every year. We are notoriously bad at predicting pretty much everything about influenza, including the timing and severity of the season, so we rely on small clues to try to get ahead of the virus. And so far, this year’s hints are pointing to particularly nasty—and early—flu season. So get your shots now, people.

Here’s what we know so far:

The southern hemisphere was hit hard, and we likely will be too

As the countless stories about flu season have no doubt reminded you, every year the World Health Organization has to make a call about what should go in the annual influenza vaccine. They look at how the virus has evolved so far, how it’s been spreading, how effective prior shots were, and so on and so forth until they make their best guesstimate. Influenza evolves so quickly that the virus is often quite different when it finally reaches the U.S.

Since the southern hemisphere has their flu season a few months before we do, it can sometimes be useful to look at how they’ve been doing. This year it’s especially useful, because we’re both using the exact same vaccine. And so far, it hasn’t been looking good.